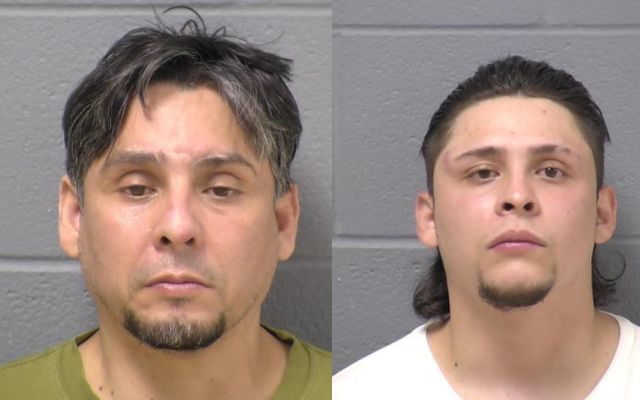 On June 7th, 2020 at approximately 1:49 a.m., Officers responded to the 300 block of N. Eastern Avenue in reference to shots fired. Officers were able to determine that a dark colored SUV was driving through the 300 block of N Eastern Avenue when an occupant discharged a firearm numerous times, striking and damaging a residence. The SUV then fled the area. No one was struck or injured by the gunfire.

Officers located a dark colored SUV matching the suspect vehicle description in the area of Collins Street and E Jackson Street and attempted to conduct a traffic stop. The SUV did not stop for Officers and fled, initiating a pursuit.

During the vehicle pursuit, the front passenger (Mendoza Jr.) fled on foot from the vehicle into the 200 block of Webster Street. Mendoza Jr. stopped at a front porch of private residence and refused to follow Officers commands to place his hands behind his back, but was eventually placed into custody. A discarded loaded firearm was recovered in close proximity to where Mendoza Jr. was arrested. Mendoza Jr. was then transported to the Joliet Police Department for booking procedures.

The SUV continued to then flee from Officers, but then stopped in the 300 blk of Benton Street. The driver of the SUV (Mendoza Sr.) was taken into custody without issue. A bag of cocaine was recovered from the SUV. Mendoza Sr was then transported to the Joliet Police Department for booking procedures.

Juan C. Mendoza Sr. charged for the offenses of Aggravated Fleeing & Eluding and Possession of a Controlled Substance.