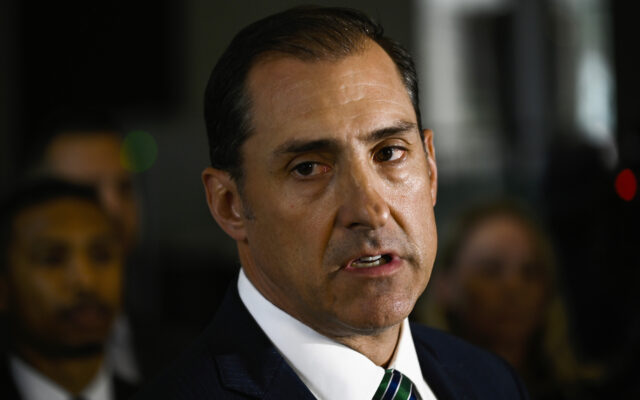 John R. Lausch, Jr., United States Attorney for the Northern District of Illinois, speaks at the Dirksen Federal Courthouse in Chicago after verdicts were reached in R. Kelly's trial, Wednesday, Sept. 14, 2022, in Chicago. A federal jury on Wednesday convicted R. Kelly of several child pornography and sex abuse charges in his hometown of Chicago, delivering another legal blow to a singer who used to be one of the biggest R&B stars in the world. (AP Photo/Matt Marton)

An international drug trafficker who partnered with Mexican drug cartels to purchase and transport large amounts of cocaine to the Chicago area and other parts of the U.S. is going to federal prison.  Luis Garcia was sentenced to 30 years behind bars.  Prosecutors say Garcia established a network of warehouses and front companies posing as legitimate businesses to distribute the cocaine and launder millions of dollars in proceeds.  The warehouses were located in Chicago, Naperville, Arlington Heights, and Plainfield, as well as in Texas and Georgia.