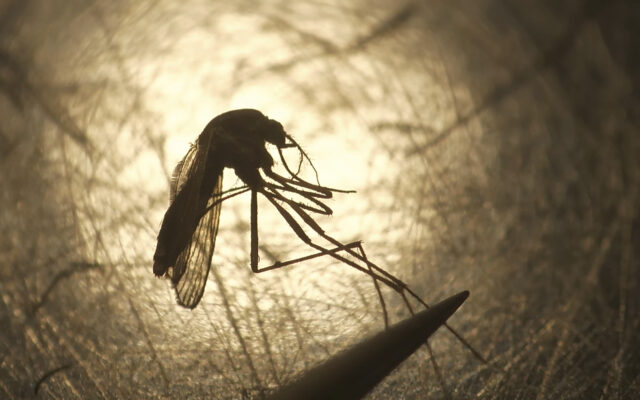 File - In this Aug. 26, 2019, file photo, Salt Lake City Mosquito Abatement District biologist Nadja Reissen examines a mosquito in Salt Lake City. The potentially fatal West Nile Virus is popping up more around the U.S. Southwest following a rainier winter. There are a record number of cases in Maricopa County and nine deaths for the entire state of Arizona so far this year. (AP Photo/Rick Bowmer, File)

The Will County Health Department’s Environmental Health division announced that mosquitoes trapped in Mokena on May 17, 2022, tested positive for West Nile virus [WNV]. These results represent the first WNV positive mosquitoes identified in Will County
this year. Will County residents are reminded to protect themselves from mosquito bites and mosquito-borne diseases.

No human cases of West Nile virus have been reported so far this year.

“This is the time of year when West Nile virus make its annual appearance,” said Illinois Department of Public Health [IDPH] Acting Director Amaal Tokars. “We remind everyone—and especially older people and those with weakened immune systems—to take
precautions to protect themselves from mosquitoes and the viruses they carry by wearing insect repellent and eliminating standing water around their home where mosquitos breed.”

Usually, WNV causes mild, flu-like symptoms. According to the CDC, most people [8 out of 10] infected with West Nile virus do not develop any symptoms. About 1 in 5 people who are infected develop a fever with other symptoms such as headache, body aches, joint pains, vomiting, diarrhea, or rash. Most people who develop symptoms from WNV recover completely, but fatigue and weakness can last for weeks or months.

However, according to the CDC, about 1 in 150 people who are infected develop a severe illness that affects the central nervous system such as inflammation of the brain [encephalitis] or inflammation of the membranes that surround the brain and spinal cord
[meningitis]. Because there is no vaccine available to prevent West Nile virus, it is important to avoid mosquito bites.

IDPH encourages the public to Fight the Bite by practicing the three “R’s” – reduce, repel, and report:

• REDUCE – make sure doors and windows have tight-fitting screens. Repair or replace screens that have tears or other openings. Try to keep doors and windows shut. Eliminate, or refresh each week, all sources of standing water where mosquitoes can breed, including
water in bird baths, ponds, flowerpots, wading pools, old tires, and any other containers.

• REPEL – when outdoors, wear shoes and socks, long pants and a light-colored, long- sleeved shirt, and apply an EPA-registered insect repellent that contains DEET, picaridin, oil of lemon eucalyptus, or IR 3535 according to label instructions. Consult a physician
before using repellents on infants.

• REPORT – report locations where you see water sitting stagnant for more than a week such as roadside ditches, flooded yards, and similar locations that may produce mosquitoes. The local health department or city government may be able to add
larvicide to the water, which will kill any mosquito larvae.

For more information on WNV and what can be done to prevent getting bitten by mosquitoes, visit the Centers for Disease Control and Prevention’s West Nile virus page at https://www.cdc.gov/westnile/ or at the Illinois Department of Public Health’s West Nile Virus page at https://dph.illinois.gov/topics-services/diseases-and-conditions/west-nile-virus.html