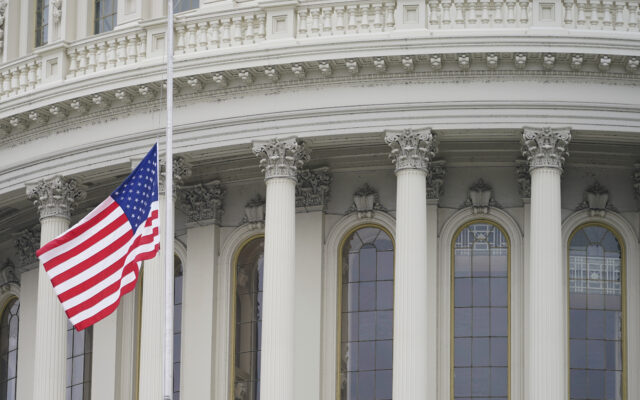 An American flag flies at half-staff in remembrance of former Secretary of State Madeleine Albright above the U.S. Capitol in Washington, Thursday, March 24, 2022. Albright, a child refugee from Nazi- and then Soviet-dominated Eastern Europe who rose to become the first female secretary of state, died at age 84 on Wednesday. (AP Photo/Mariam Zuhaib)