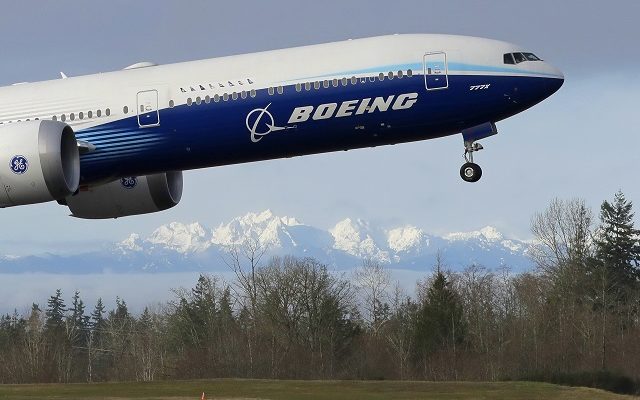 A Boeing 777X airplane takes off on its first flight with the Olympic Mountains in the background at Paine Field, Saturday, Jan. 25, 2020, in Everett, Wash. (AP Photo/Ted S. Warren)

Three flight attendants are suing Boeing over claims they were sickened by toxic air while onboard one of the Chicago-based company’s airplanes. A lawsuit filed yesterday in Cook County claims a design flaw on some of Boeing’s planes has resulted in toxic air seeping into the cabin. The suit says this led to a contamination event in February, 2018, as the flight attendants were working on a Delta flight from Frankfurt, Germany, to Detroit. As a result, a number of the flight crew and passengers became ill. The suit claims Boeing executives and engineers knew about the design flaw and downplayed the air contamination.