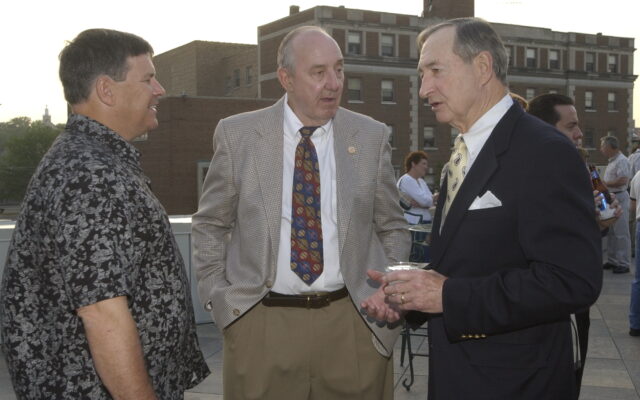 Lockport native and former Major League baseball umpire has died. Bill Haller died just four days after being transported to a Veterans facility in Marion, Illinois. Haller became infamous for an animated tirade between him and Baltimore Orioles manager Earl Weaver during a major league game.

On July 14, 1972, Bill and Tom Haller established a major-league first when they became the only brother tandem to appear in the same game, one as the plate umpire and the other as a catcher. Bill, one of the last umps to wear an outside chest protector, called balls and strikes that night, with Tom, a member of the Detroit Tigers at the time, receiving no breaks in a 1-0 Kansas City win.

Thirty-two years later, the Lockport natives have created another first with Bill’s induction into the Hall of Fame following Tom’s selection in last year’s inaugural class. Depicted as “an umpire’s umpire,” Bill Haller initially learned the trade helping out his father at the Lockport Park District at age 12.

Four years later, he was working games featuring two other current Hall choices, Gordie Gillespie and Ed Spiezio. Upon his return from a two-year Army stint in Korea in 1958, Haller pursued the occupation on a full-time basis. Called up to the American League initially in 1961, he worked 20 straight seasons in that league from 1963-1982. During that time, Haller umpired in both four playoffs and World Series and another four all-star games. From there, he became the assistant supervisor of AL umpires before retiring in 1985.

A fine catcher in baseball and forward in basketball at both Lockport H.S. and Joliet Junior College, Haller was coached by another Hall pick, “Fizz” Wills, at the latter school.