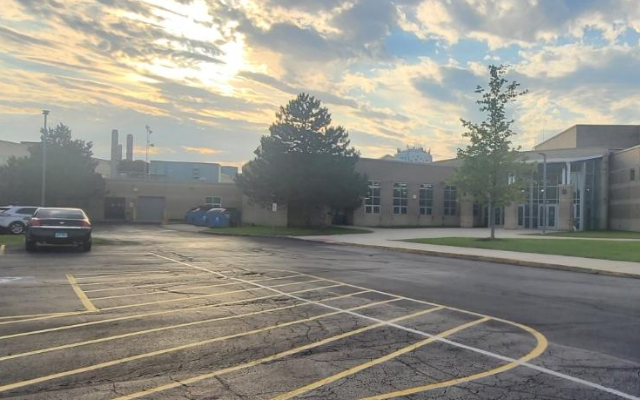 Four students arrested following a lunchtime fight in the cafeteria of Plainfield South High School that injured a 50-year-old woman working as a campus monitor. It was on Friday, September 16th at 12:30 p.m., the Joliet Police Department Detective assigned as a Liaison Officer at Plainfield South High School (7800 Caton Farm Road) was notified of a fight that had taken place in the cafeteria. It was determined that the 15-year-old male juvenile attacked a 17-year-old male juvenile, striking him numerous times in the face with a closed fist causing the victim to fall to the ground.

An additional 17-year-old juvenile attempted to intervene to defend the first victim at which time three additional juvenile suspects, (15,15,14) began striking this victim about the head and body numerous times.

Two Plainfield South campus monitors attempted to intervene at which time a 50-year-old female campus monitor was struck in the head and neck numerous times. The fight was then broken up. Four juveniles (15,15,15,14) were placed into custody without incident. Upon search of one of the 15-year-old juveniles, a cannabis vape was recovered.

A male juvenile (15) was arrested, processed, and transported to the Kane County Juvenile Detention Center for Mob Action, Aggravated Battery, Disorderly Conduct, and Possession of Cannabis.

Two male juveniles (15) and an additional male juvenile (14) were arrested, processed, and released to a parent for Mob Action, Aggravated Battery, and Disorderly Conduct.