Frog on a log leaps over Forest Preserve photo competition 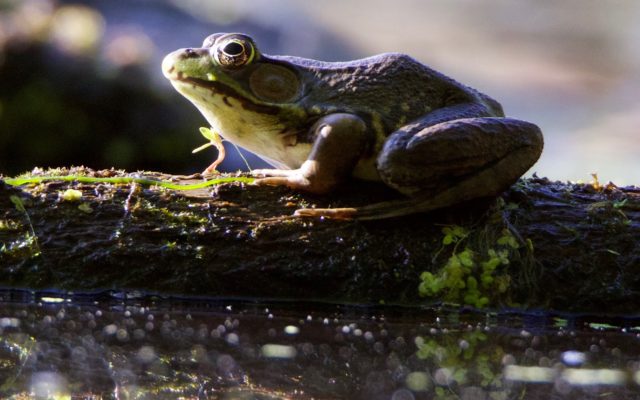 Crete resident Byron Morgan’s frog on a log photo won May’s portion of the Forest Preserve District of Will County’s Preserve the Moment Photo Contest. The contest will continue through December with monthly winners, and overall winners will be picked in January via public Facebook voting. June contest entries are now being accepted at ReconnectWithNature.org. (Photo courtesy of Byron Morgan)

A friendly-looking frog perched on a log is May’s winner in the Forest Preserve District of Will County’s Preserve the Moment photo contest.

The photo taken by Crete resident Byron Morgan at Thorn Creek Woods Nature Preserve features vivid brown-and-green tones and the frog’s perfect reflection in the water below. The picture was taken on his son’s birthday.

“I wanted to get an early start taking photos and be back in time to make the day about him,” he said. “There are a lot of critters out early and the sunlight is special in the mornings. I kinda snuck up on the pond to maybe see a duck before it saw me. (Not something I’m good at.) This frog was the closest of the two sitting on logs near me. I was able to take several shots with some different angles and camera settings without spooking him away.”

Morgan said his parents encouraged his interest in photography and nature at a young age.

“In the last 50 some years, I have enjoyed both, but in the last three years I have focused on combining the two,” he said in an email after being notified of his win. “Friends and family have helped me find the wonderful nature preserves and trails in Will County. Since I bought my Canon Rebel T5 I have taken a lot of pictures while enjoying a walk in the woods. Something I really enjoy doing.”

Morgan is the first monthly winner in the 2020 photo contest, which kicked off with more than 100 entries. View all of the photos entries at Flicker.com/WillCoForests/albums.

In addition to May’s winning shot, judges also picked four honorable mention photos: Michell Wendling of Joliet for a silhouette of a tree framed by a colorful sunset at Hadley Valley Preserve; Michelle Wendling again for a fairy tale-like photo of a wooden path at Thorn Creek Woods; Joseph Traina of Joliet for a snake sporting a hitchhiking spider on its head at McKinley Woods; Frank Rink of Shorewood for a snake swimming in beautiful blue water at Rock Run Rookery Preserve.

Seven more monthly winners will be chosen by a panel of judges before the contest concludes on Dec. 31. In January, all eight monthly winners will vie for top honors via public voting on the Forest Preserve District’s Facebook page. Monthly photo contest winners receive $75 gift cards. Overall winners chosen in January will receive MasterCard gift cards worth $500 for first place, $250 for second place and $150 for third place. The photo contest is sponsored by The Nature Foundation of Will County, willcountynature.org.

Photos must be taken by amateur photographers age 18 or older, and they must be snapped in a Will County forest preserve after the May 1 contest start date. Please read all photo contest rules and photo upload instructions at ReconnectWithNaure.org, before entering the contest. 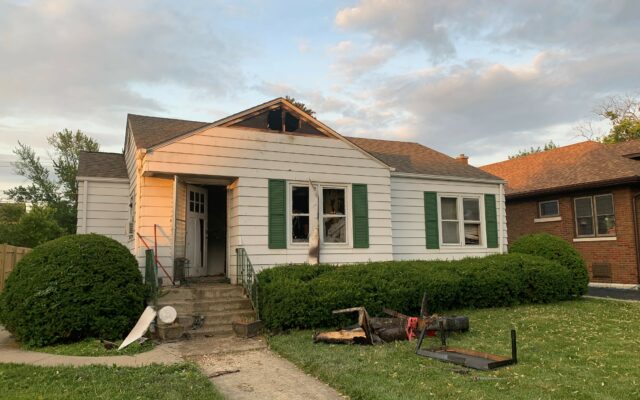