Gang Shootout in Will County Leads to Four Arrests 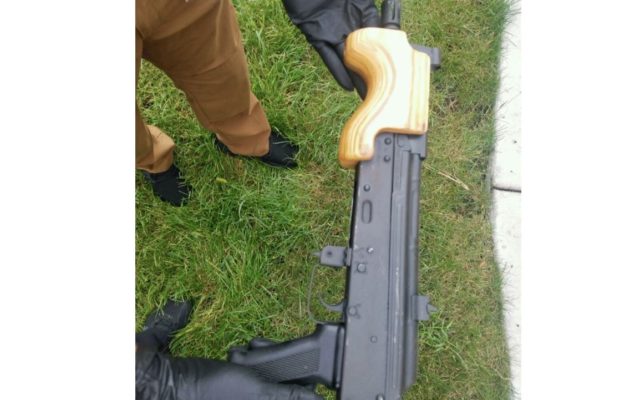 Update: Two of the four arrested have been charged with drug offenses. Twenty-four-year Jessie Tucker is being held on one-million dollars bond and 18-year-old Nevin McMurtry is being held on $750,000 bond. Both of from Joliet.

WJOL has learned of a gang shooting involving two vehicles in Will County. The Will County Sheriff’s Office at approximately 3:20 PM, deputies were dispatched to the 2100 block of Arthur Avenue in Unincorporated Lockport Township in reference to gunshots fired in the area.

Deputies were advised that a witness observed three different vehicles driving in the area, shooting at one another.  The witness described the vehicles as a Black Dodge Durango, a small black Sport Utility Vehicle (SUV), and a silver sedan.

A Will County Deputy who was in the area at the time, observed the Black Dodge Durango traveling at a high rate of speed and began to pursue.  The vehicle was traveling in excess of 100 mph in the residential neighborhood.  The Deputy lost site of the vehicle in the area of Farrell Road and Bruce Road.  The Lockport Police Department was contacted and notified of the vehicle’s last known direction of travel.

The vehicle crashed at Interstate 355 and 163rd Street in Lockport.  Two suspects were subsequently taken into custody by members of the Illinois State Police at the scene of the crash.  Additional suspects fled on foot from the vehicle crash.  Neighborhood canvasses were conducted by members of the Will County Sheriff’s Office and the Lockport Police Department.  Officers with the Lockport Police Department were able to locate and take into custody two additional suspects during a canvass of a nearby neighborhood.

The four suspects were transported to the Will County Sheriff’s Office Public Safety Complex for questioning.  Deputies with the Sheriff’s Office located a duffle bag in the area of the 16600 block of Watters Drive in Lockport that contained an AK-47 style pistol that was loaded with 7.62 rounds.