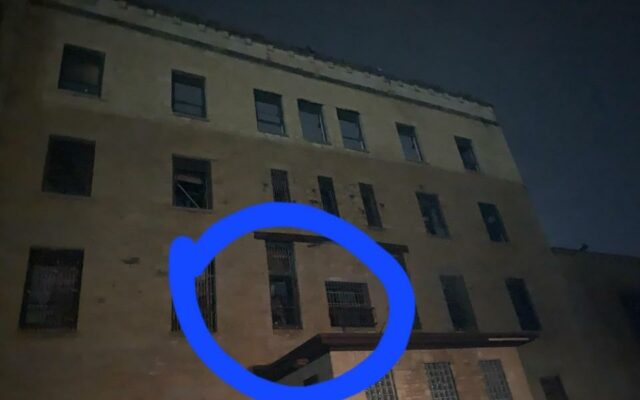 Is it a ghost or a shadow? Christy Lister who you hear on WJOL every week, had a feeling that someone was watching her when she at the Old Joliet Prison doing a self guided flash light tour. Her boyfriend snapped a few pictures of what she saw. In the second floor window of the shuttered Administration Building was a man. Christy says the building is closed because it’s unsafe to be in the old building. A couple of employee were also looking at the second floor of that building and pointed their flashlights to the second floor because someone also thought they saw a man standing at the window.