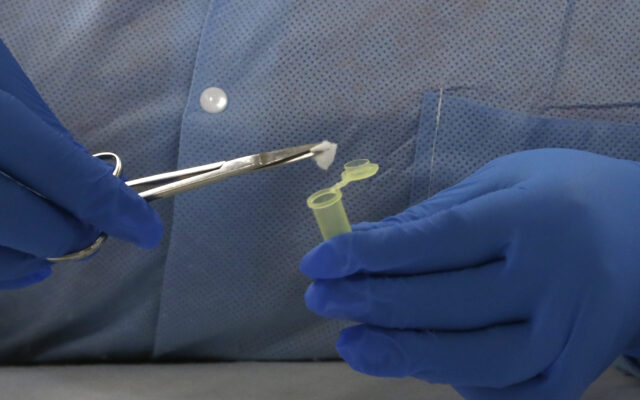 Illinois State Police (ISP) utilized a variety of strategies to reduce turnaround time, including ramping up the use of forensic technologies and robotics, and hiring additional forensic scientists who work collaboratively instead of analyzing data independently. The benefits of these initiatives, along with other improvements, are continuing to unfold.

“Under my predecessor, there was a massive backlog of DNA from sexual assault cases waiting to be processed, letting criminals off the hook and failing survivors,” said Governor JB Pritzker. “When I came into office, my administration made it our mission to support survivors in pursuit of justice. We made historic investments in the Division of Forensic Services to hire additional personnel, acquire state-of-the-art robotics to speed up turnaround time, and implement new software to make our laboratories as efficient as possible. When we began this undertaking, nearly 2,000 sexual assault cases were older than state law requires. Today, I am proud to announce that number is zero.”

The Illinois Sexual Assault Evidence Submission Act, which was passed by the Illinois General Assembly and went into effect September 1, 2010, required the analysis of sexual assault evidence after receipt of all necessary evidence and standards to be completed within 180 days – if ISP had “sufficient resources.” This marks the first time since the Act passed that the State of Illinois was able to completely comply with this statute.

“It is part of our mission to bring justice to those who have survived sexual assault as quickly as possible,” said ISP Director Brendan F. Kelly. “Thanks to improved efficiencies in our workflow, the use of new technology, continued hiring of forensic scientists, and the great work and dedication of ISP Division of Forensic Services staff, we have dramatically improved our efforts to bring justice to those survivors.”

Over the past two years, ISP has reduced its total forensic backlog by approximately 72%. ISP ended 2021 with the lowest biology/DNA backlog since 2010 and the lowest toxicology backlog in 15 years. From February 2019 to the end of 2021, the ISP backlog in drug chemistry evidence decreased by almost 90%.

The mission of the ISP Division of Forensic Services (DFS) is to deliver complete, accurate, and timely crime scene evidence collection and forensic analysis to every law enforcement agency within the state. With the six current laboratories and nearly 500 forensic services personnel, DFS completed more than 70,000 forensic assignments in 2021.

ISP is also establishing the Illinois State Police Forensic Science Institute that will be housed at the Belleville Educational Campus. The Institute will be home to a portion of the ISP forensic science training program and will allow ISP to train additional forensic scientists and continue ISP’s mission to accurately process crime scene evidence as quickly as possible.

“The Illinois State Police has worked to prioritize survivors of sexual assault and eliminated the forensic case backlog,” said State Senator Christopher Belt (D-Swansea). “The new Forensic Science Institute coming to the Belleville Educational Campus will build on the progress they’ve made and will have the tools and resources to give Metro East survivors peace of mind when looking for answers.”

“With the addition of this new forensics lab, Illinois is continuing its path to becoming a nationwide leader in forensic law enforcement. In years to come, improvements in our forensics infrastructure are sure to play a significant role in bolstering Illinois’ criminal justice,” said Assistant Majority Leader LaToya Greenwood, D-East St. Louis. “Clearing the remaining sexual assault forensic assignment backlog, completing record numbers of forensics assignments and hiring hundreds of new forensic services personnel has all been made possible by vital funding from Rebuild Illinois.”

“Efficiently examining evidence and pursuing justice on behalf of the victims of sexual assault is a crucial aspect of supporting survivors of this heinous crime,” said State Representative Katie Stuart (D-Edwardsville). “Eliminating the longstanding backlog of untested evidence kits is a major achievement. The recent improvements in ISP’s efficiency and turnaround time are commendable.”

“The sexual assault DNA backlog has plagued the state of Illinois for years, but by making critical investments to hire more forensic scientists and utilize better technology, our state has made monumental progress to reduce turnaround time and pending cases,” said State Senator Rachelle Crowe (D-Glen Carbon). “Test results must be processed as quickly as possible in order to help secure justice for sexual assault survivors, and I applaud Director Kelly and his team at ISP for committing to this effort.”

ISP launched a publicly available web-based dashboard to provide information on processing times and backlogs, which is available on the ISP Forensics Reports website. ISP has also implemented an online Sexual Assault Tracking that allows survivors of sexual assault to monitor their evidence online throughout the entire process, from collection at the hospital, through law enforcement pick-up and submission to the forensic lab, and lastly to the State’s Attorney’s office where final results are received.