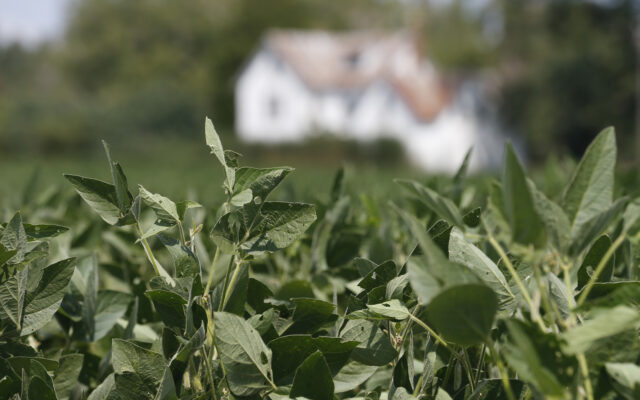 The state of Illinois has announced the sale of approximately $2 billion of Illinois soybeans and $600 million of Illinois corn over the next two years to Taiwan. The agreement follows a 2019 two-year agreement for over $2.2 billion in crop sales. The U.S. is a primary source of crop imports for Taiwan. The country continues to rank as Illinois’ second leading corn trading partner and third leading partner in purchases of soybeans.

Governor Pritzker today announced a letter of intent alongside Taiwanese leaders and dignitaries for the sale of approximately $2 billion of Illinois soybeans and $600 million of Illinois corn over the next two years. The agreement follows a 2019 two-year agreement for over $2.2 billion in crop sales. The intended sales will take place over 2023 and 2024.

“This is a win for our agricultural community — and a testament to the labor that our farmers put in day and day out to make us a top global producer of corn and soybeans,” said Governor JB Pritzker. “I have no doubt that Illinois and Taiwan will continue to enjoy a mutually prosperous friendship for many years to come — and I am forever grateful for their partnership.”

“Not only does today’s ceremony demonstrate Taiwan’s commitment to investing in Illinois’s agriculture, it also means more opportunities for Illinois’s farmers, more good jobs in our state and a continued economic relationship with Taiwan,” said U.S. Senator Tammy Duckworth. “I’m so proud to be a part of this important investment in our great state and honored to witness the signing of letters of intent between Illinois and Taiwan. The Taiwanese stakeholders here today recognize what I’ve long known: Illinois is a great place to do business—and I’ll continue to spread the message.”

Governor Pritzker, Senator Tammy Duckworth, representatives of the Taipei Economic and Cultural Office in Chicago, and the Taiwanese Department of Agriculture signed the letters of intent between the Illinois Corn Marketing Board, Illinois Soybean Association, Taiwan Feed Industry Association, and the Taiwan Vegetable Oil Manufacturers Association.  The letters commit to  the sale and purchase of between 96 million and 107 million bushels of soybeans and 59 million bushels of corn, in addition to other corn byproducts.

Taiwan and Illinois have a long history of trade and agricultural partnership.  Thirteen Taiwan Agricultural Trade Goodwill Missions visited the US since 1998, resulting in the exportation of 3.1 billion bushels of U.S. corn worth $13.8 billion and 1.5 billion bushels of U.S. soybeans worth $15.1 billion. The U.S. is a primary source of crop imports for Taiwan, with Illinois ranking high among contributing states for corn and soybean exports. Taiwan continues to rank as Illinois’ second leading corn trading partner and third leading partner in purchases of soybeans.

“Since first participating in Soybean Trade Missions in 1978, Taiwan has established itself as an important trading partner with the State of Illinois and its number one industry,” said Jerry Costello, Director of the Illinois Department of Agriculture. “Our trade relationship has only grown since, with Taiwan being our number two trading partner for corn and number three trading partner for soybeans. This partnership helps to keep Illinois as the top producer of soybeans in the US and the number two producer of corn. We look forward to working with Taiwan for years to come.”

“Illinois corn farmers place a high priority on building mutually beneficial relationships and nurturing existing relationships with international customers of U.S. corn. Taiwan is a reliable buyer of U.S. corn and dried distillers grains with solubles; they are the eighth largest export market for U.S. corn and the 12th largest buyer of DDGS. We appreciate the opportunity to thank them for the relationship built and prepare for future years of profitable trade,” said Mark Wilson, immediate past chairman and farmer.

“Trade is vital to Illinois’ 43,000 soybean producers with roughly 60 percent of the nearly 672 million bushels of the soybeans grown in Illinois being exported, resulting in an estimated $4-5 billion in value,” said ISG Chairman, Steve Pitstick. “We are grateful for the unique relationship between Illinois soybean farmers and Taiwan and are looking forward to working together to support world trade.”