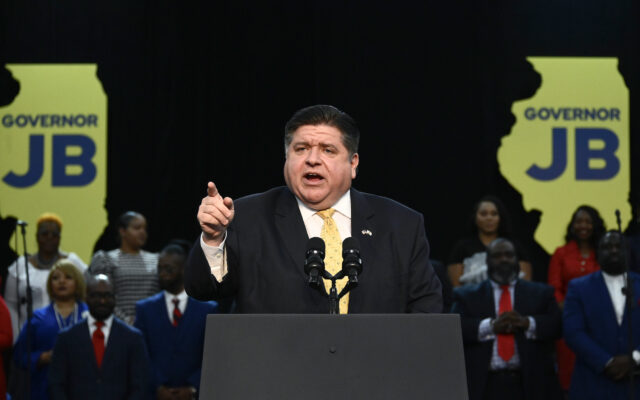 Pritzker called himself a “happy warrior” and says together “we will survive and thrive.” State Senator Bailey as of 9 o’clock has not called Pritzker to concede.

Illinois Democratic U.S. Sen. Tammy Duckworth won reelection Tuesday, defeating political newcomer and attorney Kathy Salvi. Duckworth, an Iraq War veteran who lost both legs when her helicopter was shot down in 2004 has served in Washington D.C. for nearly a decade. Salvi edged out six competitors to win the Republican primary in June. The 63-year-old campaigned as an alternative for voters looking for change from soaring prices and rising crime rates.

Democratic incumbent and Chicago resident Kwame Raoul has won his race for Attorney General. He was campaigning against Republican Thomas DeVore. Raoul is a former Democratic member of the Illinois State Senate, representing District 13 from 2004 to 2019, when he became Attorney General.

Alexi Giannoulias will become the first new Illinois secretary of state in more than two decades. The Democrat is ready to get to work. Launching a formal transition team this week.

Giannoulias said he wants to change the way Illinoisans view their state government.

“Trust in government in Illinois has been undermined by what we call the corruption tax, a tax that we will repeal and prove to you once again that this government works for you,” Giannoulias said, referring to federal investigations that have led to corruption charges against longtime former House Speaker Michael Madigan and many other elected officials.

Giannoulias easily won over Republican Dan Brady in Tuesday’s election. He is replacing the retiring Jesse White to run a state agency responsible for driver’s licenses and motor vehicle registrations.

“This campaign was the experience of a lifetime, and I am so grateful for your support along the way. And while today our campaign has come up short, our movement has just begun,” Demmer said in a statement.