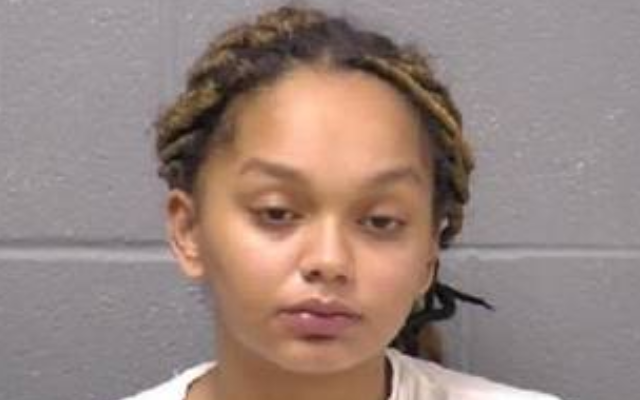 At approximately 2:27 a.m., on Jan. 29, 2021, Illinois State Police (ISP) District 5 Troopers responded to the area of Interstate 80 eastbound near milepost 140, for a report of a wrong-way driver. Troopers located a Yellow Kia, traveling westbound in the eastbound lanes of Interstate 80 at milepost 149, a short time later.  The Kia, driven by Chambers, exited the interstate fleeing from Troopers on US-30 eastbound and struck a curb causing damage to one of the tires.  Chambers refused to come to a complete stop but slowed. During the execution of the traffic stop at Haven Avenue and Gear Drive in New Lennox, Illinois, Chambers struck one of the ISP squad cars with her vehicle, causing minor damage, but no injuries were reported.

The charges against Chambers were approved by the Will County State’s Attorney’s Office.  Chambers was transported to Will County Adult Detention Facility to await a bond hearing.  There is no further information available at this time.