Idea Of A Vaccine Passport In Illinois Raising Concerns For Some 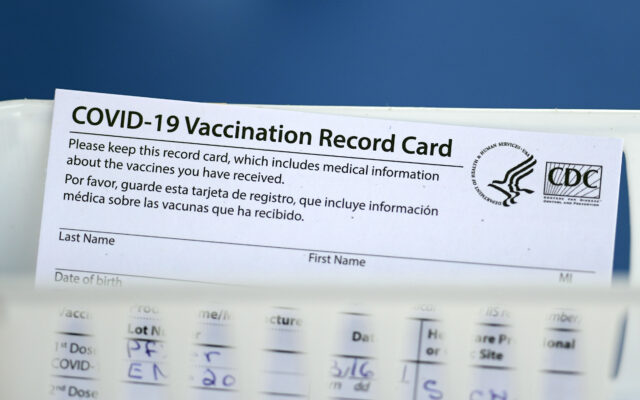 As political leaders across the country consider whether to implement a so-called vaccine passport allowing people to digitally prove their COVID-19 vaccination status, some groups are raising the alarm.

Last week, Gov. J.B. Pritzker said he was open to the idea of the private sector requiring so-called vaccine passports for people wanting to participate where crowds are gathering.

“Because it’s your choice, right, and if people ask you to show that for a particular venue or a private venue that have the ability and right to do that you don’t have to show that to them. You don’t have to go to that venue and be engaged in that activity either,” Pritzker said.

Part of the next phase of the governor’s reopening plan has people who prove their vaccinations not count against continued capacity restrictions.

Officials in New York have released their version of a vaccine passport system. Florida’s governor is expected to issue executive orders prohibiting such requirements, even in private businesses.

Alexis Hancock, director of engineering with the Electronic Frontier Foundation, a group focused on civil liberties in the digital world, said such systems will marginalize various populations further and create “haves and have nots” if implemented beyond international travel.

“With that scope creep it does create that sort of condition within society where it’s like ‘hey, you haven’t been vaccinated yet and you can’t access these services,’ and so that’s what we’re really worried about.”

Hancock also raised concerns over people handing over private medical information to third-party private vendors that could be hacked.

NAACP Illinois Conference President Teresa Haley said getting the vaccine is an individual choice, something everyone has to consider with recommendations from health professionals. But, she said some people can’t get the shot for medical reasons or religious reasons and requiring vaccine proof to take part in normal society crosses the line.

“I think that’s an invasion of privacy,” Haley told WMAY. “I think that’s a civil rights violation.”
Some argue it should be up to the private business to dictate such requirements.

“To go in and have to prove that you’re vaccinated with your smartphone to get a cup of coffee or to access public services we are afraid that will create a digital barrier on people and create more concern than necessary to get the economy open. ”

Hancock said that will harm society in the long run.

“We believe next year if the vaccine becomes more available and it should these systems don’t need to be put in place,” she said. “We are afraid that these permanent systems will evolve into something else in the future if they mandate such a thing now. It’s creating a divide of who’s been vaccinated and who’s not.”