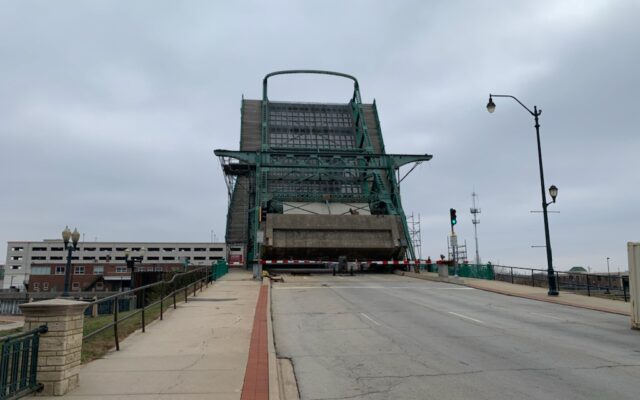 Illinois Department of Transportation is considering looking at making the Cass Street Bridge a two-bridge roadway. Pressure from local lawmakers following the delayed opening of the Jefferson Street Bridge. Joliet Mayor Bob O’Dekirk says he’s “glad this is being considered and hopefuly it can be tracked to give relief to downtown and East side businessess and residents.” O’Dekirk also thanked State Senator John Connor and Illinois Rep. Larry Walsh Jr. for their efforts in this matter.

Read the full statement by IDOT below.

As far as converting Cass Street to temporarily accommodate two-way traffic, we’re always willing to listen to the community’s concerns and evaluate the options. From IDOT’s perspective, there are several safety factors that have to be considered.

Substantial signing, pavement markings, traffic signals would be required on Cass Street as well as all adjacent side streets. An additional bridge gate would be needed on Cass Street. With such a significant change in traffic patterns, pedestrian safety in a popular, walkable downtown is a major concern as well.

The department is in process of studying the Cass Street bridge. As part of that bridge study we are investigating the feasibility for temporary or permanent conversion of Cass to two-way traffic. These studies typically take 3-4 years to conduct. Currently, we anticipate completion later this year.

For this project, getting the results of the study, whether two way traffic can be implemented either in the short term or long term, will take significantly more time than to repair the bridge with the current detour in place.

Bottom line is we want to get these repairs done as quickly as possible and look forward to a continued dialogue with city officials and other stakeholders.