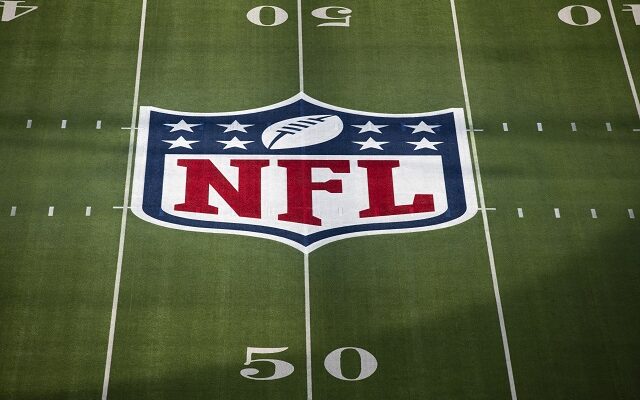 A close up view of the National Football League logo painted on the field prior to the NFL Super Bowl 56 football game between the Cincinnati Bengals and Los Angeles Rams, Sunday, Feb. 13, 2022, in Inglewood, Calif. (AP Photo/Kyusung Gong)