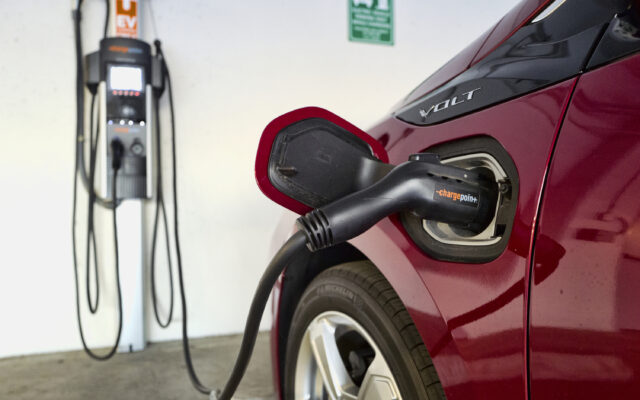 Gov. J.B. Pritzker’s vision of Illinois as an electric vehicle production hub continues, but some say it is in danger of becoming a pipe dream.

The state announced a tax incentive package to retool an Illinois factory to make electric vehicle parts. T/CCI Manufacturing will use $20 million and make EV compressors in Decatur, adding 50 jobs in the process.

“Less than ten months ago, I signed Illinois’ groundbreaking Reimagining Electric Vehicles Act into law. Today, I’m proud to announce we’re welcoming yet another electric vehicle investment to Illinois – and the first of many that ambitious legislation will produce,” Pritzker said Tuesday.

A Crain’s report notes that Illinois has yet to land a factory that makes the most important part of an electric vehicle, the battery.

In May, Stellantis, the parent company of Jeep and Chrysler, along with its partner Samsung, announced that the location for the joint operation on a $2.5 billion EV battery plant would be Kokomo, Indiana.

With the announcement, months of speculation was over after U.S. Sen. Dick Durbin, D-Springfield, told reporters that Bloomington-Normal was a finalist for the plant.

Another report earlier this year showed Illinois will need 17 times the current number of EV chargers to accommodate Pritzker’s goal of one million EVs on the roads in 7 years.  Elbert Walters from Powering Chicago said a lot of industries will need to come together to make it happen.

“There are a lot of stakeholders at play, and of course, the biggest stakeholder is those who are in control of the electrical grid that we utilize everyday,” said Walters.

Some are questioning whether the grid can handle an influx of electric vehicles. California, which has similar green aspirations as Illinois, recently issued an energy conservation emergency alert and asked EV drivers to avoid charging their vehicles.

Illinois’ cold climate in the winter also comes into play for potential EV owners. According to AAA, EVs lose 12% of their range in cold weather, but the loss jumps to over 40% with the heater on full blast.

According to Jake Fisher, who tests automobiles for Consumer Reports, EV buyers in cold weather states should invest in range.

“EV buyers who drive in colder climates should strongly consider getting a car with a range that is double what their daily driving needs are, so they’re not left stranded in a cold snap,” said Fisher.