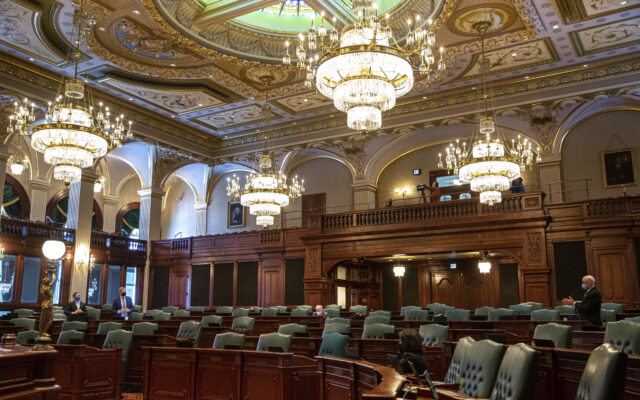 Illinois lawmakers are looking at removing some mandatory sentence enhancements for gun crimes.

State Rep. LaShawn Ford’s legislation would give a sentencing judge discretion over whether to tack on more than a decade in prison for gun-related felonies.

Supporters of the change say there are too many circumstances where someone is convicted to a sentence that’s far more severe than the crime they committed due to these mandatory sentences.

“These types of sentencing enhancements do not deter crime,” said Scott Main, attorney for the Illinois Juvenile Defender Resource Center.

Retired Judge Andrew Berman spoke in support of the measure, saying judges should be given the discretion they’ve historically been entrusted with.

“Trust your judges,” he said. “The rationale for having judges in the first place is to have a thoughtful, fair-minded person consider the unique circumstances of each case and each defendant when imposing sentence.”

Republicans on the committee opposed the measure, pointing to possibly reducing punishments for gun crimes while the same committee has several restrictions on legal gun ownership.

“Paralleling this all across the General Assembly are lots of bills being thrown out there to restrict the use of firearms and restrict access to firearms of law-abiding citizens,” said Rep. Chris Bos, R-Lake Zurich. “These are the very people that are committing the crimes that we need to be going after.”

Ford said he would amend the bill in an effort to compromise with some of the opponents and return it for reconsideration.

“I’m grateful to my colleagues for their willingness to bring reasonable and responsible criminal sentencing to our state – and end the injustice of mandatory additions of decades to sentences when the facts of a case don’t call for them,” he said later Friday.