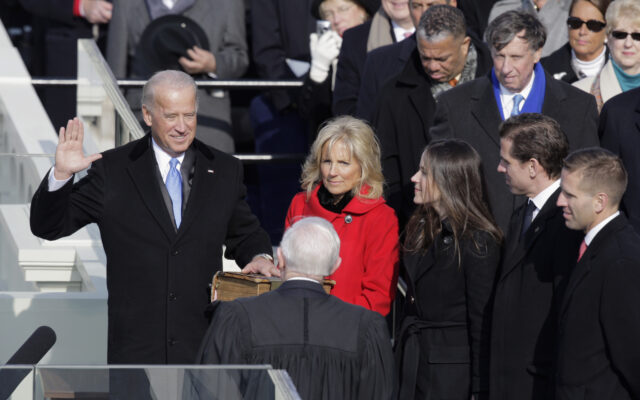 Vice President-elect Joe Biden, with his wife Jill at his side, takes the oath of office from Justice John Paul Stevens, as his wife holds the Bible at the U.S. Capitol in Washington, Tuesday, Jan. 20, 2009. At right are Biden's children Ashley, Hunter and Beau, far right. (AP Photo/Jae C. Hong)

An Illinois man is going to federal prison for threatening to commit violence at President Biden’s inauguration last year. Louis Capriotti was sentenced yesterday to 37 months behind bars after pleading guilty last fall to a federal charge of transmitting a threat in interstate commerce. Prosecutors say Capriotti left a voicemail for a U.S. House member, threatening to kill any Democrat that steps on the White House lawn during Biden’s inauguration. He also left other threatening messages for other members of Congress.