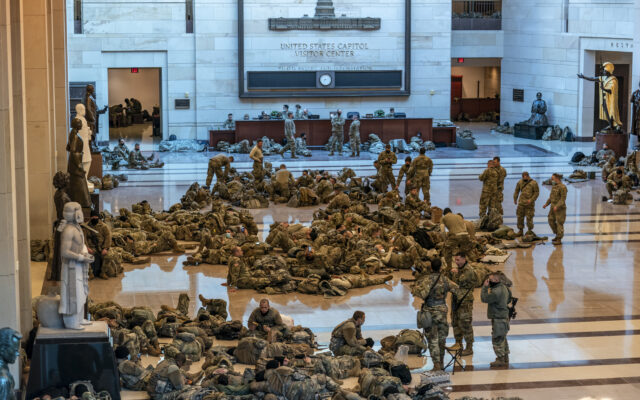 Some members of the Illinois National Guard will be in the nation’s capital through tomorrow’s inauguration. Guard members were deployed to Washington, DC for the first times since the 1908 race riots, and are there to ensure the Capitol remains peaceful through the inauguration. The guard won’t disturb peaceful protests and are not allowed to arrest anyone. Guard members can detain people until other authorities arrive.