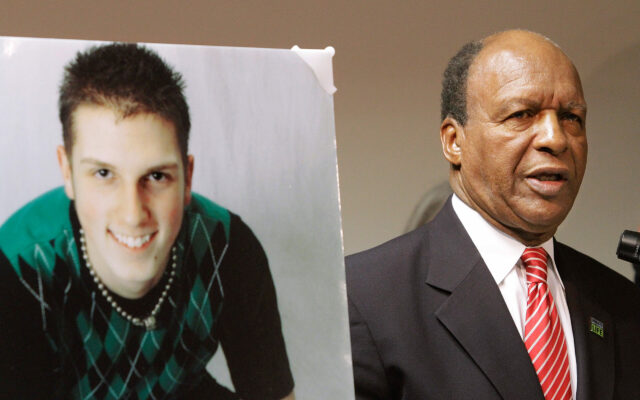 Illinois Secretary of State Jesse White unveils a new organ and tissue donation campaign Wednesday, April 6, 2011, in Springfield, Ill., while standing next to a photo of organ donor Ryan Landers who organ donations have saved or improved the lives of 61 recipients. (AP Photo/Seth Perlman)