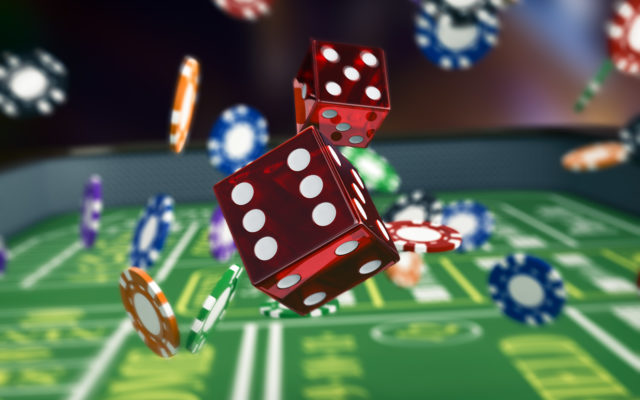 Despite a shortage of marquee sports to bet on this summer, Illinois sports gambling remained one of the top markets in June.

Illinois bettors wagered more than $476 million during the month, down from $507.3 million in May. Despite the dip, Illinois sports betting still turned in the 3rd highest handle of active states. Handle is a sports betting term that means the amount of money wagered.

While lower than the previous six months, Illinois sports betting turned in the third highest handle of active states in June, behind only New Jersey and Nevada.

June’s handle pushed the lifetime total for Illinois over $5 billion, making it the fourth state to reach the plateau, doing so in 16 months and breaking New Jersey’s record of 18 months.

Revenue from sports betting in June came in at $47.5 million, which was up more than 31% from May. State taxes collected were also up. They came in at $7.1 million compared to $5.3 million in May.

“A couple huge numbers coming out of revenue, which would indicate that the sports books and the operators performed exceptionally well,” said Max Bichsel, vice president of U.S. Business for the Gambling.com group network, which includes IllinoisBet.com.

Bichsel expects sports betting to ramp up once the NFL season kicks off in September.

“When you have a day of the week dedicated to a specific sport, it is going to continue to be king or at least may not have some competition on that specific day,” Bichsel said. “There is nothing like the first couple weeks of NFL in terms of sports betting participation.”

Beyond the football season, the in-person registration requirement in Illinois is set to expire next year. Once that is off the books, the monthly handle could see a major spike like it did in Iowa this year.