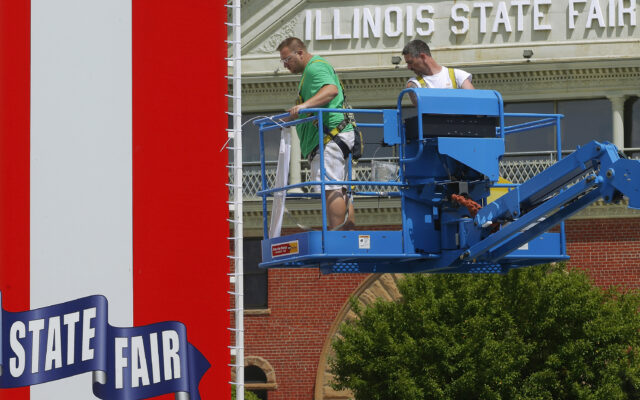 Two suspects in an August fire set at the Illinois State Fairgrounds are in custody. Authorities say 33-year-old John Keating the Second and 19-year-old Zakary Bunt were arrested yesterday on charges of arson and criminal property damage. Illinois State Police say the fire was set at a vendor booth on the fairgrounds. The booth and the merchandise inside were a total loss.