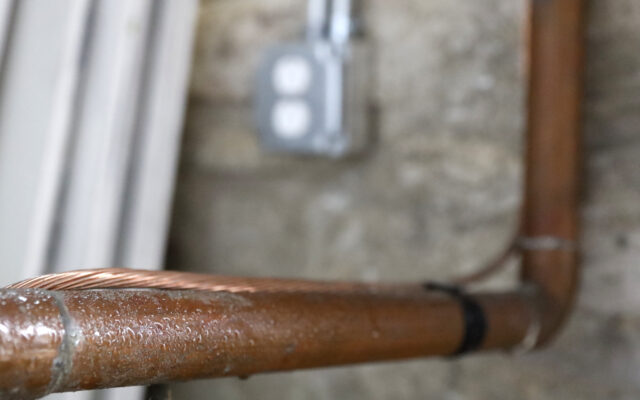 About $1.7 billion of the federal infrastructure bill is headed to Illinois to address lead pipe lines in the state, part of a total of $45 billion to address the problem around the country. Many Illinoisans still receive drinking water through toxic lead pipes. Brian Jack, chair-elect of the Illinois Section American Water Works Association and utilities superintendent for the Village of Lombard, says fixing these is important.

“Water is life – nobody can live without water,” he told the Illinois Radio Network. “We only have a certain amount of water on this planet and this bill will ensure that we continue to provide safe drinking water to everybody.”

Illinois has the highest number of lead service lines in the country, Jack said.

“There’s reported just under 700,000 with the majority of them being in the city of Chicago,” he said.

He adds there are another 700,000-plus lines with unknown materials, making the total potentially over 1.4 million lines leaching lead into drinking water. Lead can cause serious problems to people, especially children.

“It will increase the risk of birth defects, learning disorders, it hinders the growth of young children,” Jack said.

The detrimental effects of lead are commonly known now, and lead pipes were outlawed in the state in the 1980s, but the lead service lines in many places have not been replaced. Older communities like Chicago, Rockford and Peoria have the highest concentration of lead pipes, Jack said. One of the reasons the lead pipes haven’t been replaced is because the process is so expensive, he said. Utilities are responsible for most of it – up to the sidewalk – at which point homeowners have to pay for the rest. Coordinating replacement is difficult as well because all pipes must be replaced at the same time, Jack explained, pointing out it is worse to replace just part of the line because it will disturb the lead left.

“The funding from this bill will give money to utilities to pay for the entire portion from the connection up to the house so it’s not an extra burden on homeowners,” he said.

Replacing the estimated 1.4 million lead service lines in the state is a big task; one which Jack still isn’t certain will be covered with the funding.

“It depends what the final bill will look like – hopefully there’s enough money that will cover all of it,” he said.

For residents who still have lead lines, he suggests flushing your pipes every morning to avoid drinking water that has stagnated in the pipes and could have a higher lead concentration.