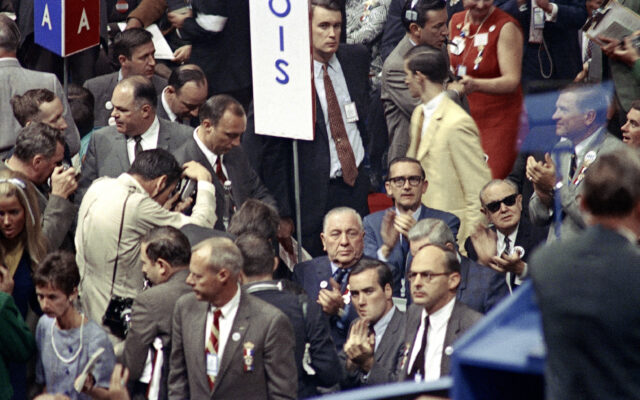 Reporters gather around Chicago's Mayor Richard Daley sitting under the Illinois delegation sign at the Democratic National Convention in Chicago on Aug. 28, 1968. In downtown Chicago, some of the anti-war demonstrators are clubbed and arrested by police as the protest of the Vietnam War gathers a larger crowd. (AP Photo)