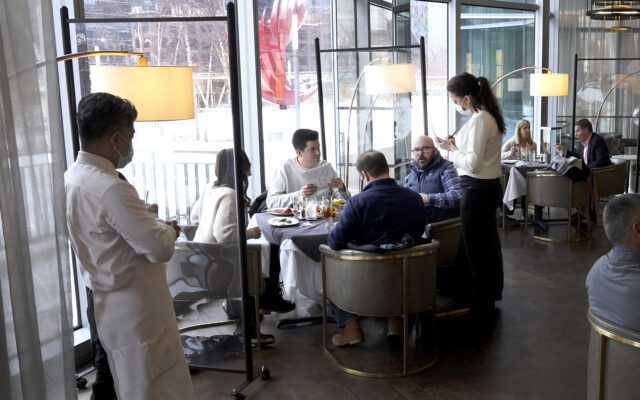 Illinoisans could see additional pandemic restrictions in the near future.

Gov. J.B. Pritzker said Tuesday that COVID-19 metrics are going in the wrong direction and he may have to take action by imposing new mitigations.

“I will remind you that if we are not able to bring these numbers down, if hospitals continue to fill, if the hospital beds and ICUs get full like there are in Kentucky-that is right next door to Illinois- if that happens, we’re going to have to impose significantly greater mitigations,” Pritzker said.

According to the Illinois Department of Public Health, 37 counties and Chicago were at a warning level for intensive care unit bed availability. For a county to reach that level, it must have below 20% ICU bed capacity.

Last week, the governor declined to give a specific metric at which the state might impose a mask mandate, leaving the door open to additional restrictions.

Pritzker noted that increased mitigations have already been implemented across the state, including an indoor mask mandate in schools.

State Rep. Andrew Chesney, R-Freeport, said he doesn’t see the logic in some of these decisions.

“It is all phony science, because they will host over 100,000 people at Lollapalooza, but then they’ll tell everybody they have to wear a mask outdoors at the [Illinois State] fair,” Chesney said. “You just can’t make this stuff up.”

Illinois is now averaging nearly 24,000 vaccine doses administered per day. Southern Illinois has significantly lower vaccination rates than other parts of the state. The vaccination rates in Alexander County and nearby vary from 16% to 40%.

Chesney said he doesn’t think Illinois can return to the days of business shutdowns and capacity limits like earlier in the pandemic.

“The only reason we went there the first time is for political reasons, not scientific reasons,” Chesney said. “We know lockdowns don’t work and haven’t worked throughout the country.”