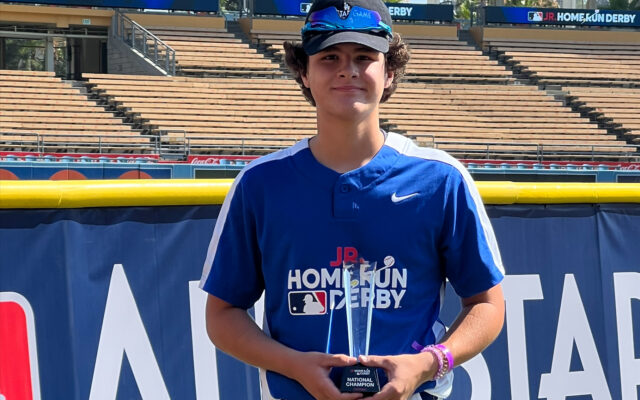 Incoming Plainfield North High School freshman Logan Huegel won the 14U MLB Junior Home Run Derby in Los Angeles, California last weekend. He was named the champion after hitting 29 total home runs including 14 homers in the final round. This is not the first time that Huegel’s competed in a home run derby. At 11 years old he qualified for the finals in Cincinnati, Ohio, and in 2021 he finished in third place in Atlanta, Georgia.

Huegel has said that he plans to play baseball at Plainfield North High School.