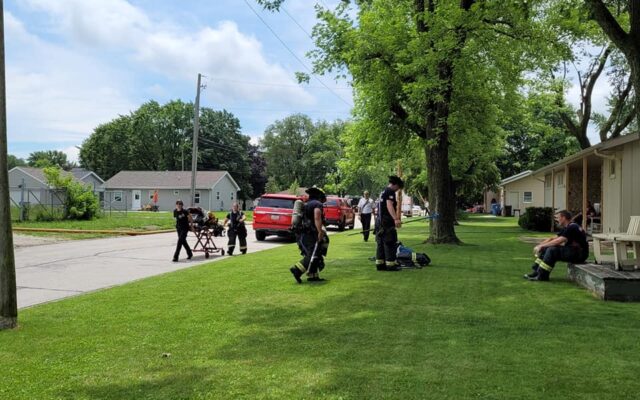 The Illinois Environmental Protection Agency has referred an enforcement action to the Illinois Attorney General’s Office against the company at the center of a lithium battery fire in Morris. The Illinois EPA has cited violations against Superior Battery Inc located at 919 East Benton Street in Morris.

On June 29, 2021, a fire broke out at the building owned and operated by Superior Battery Inc. Initial reports to the Morris Fire Department indicated the building contained approximately 180,000 to 200,000 pounds of lithium batteries. The fire produced smoke containing potentially dangerous substances. The smoke plume prompted an evacuation order by local authorities of a one-square mile radius around the facility, affecting approximately 1,000 homes. Personnel from multiple federal, state, and local agencies and organizations are responding to the fire.

In the referral, Illinois EPA alleges Superior Battery Inc. has caused, threatened, or allowed the discharging of contaminants to the air and water, and disposed or abandoned waste at an unregulated facility. Additional violations may be added as the Agency gathers more information about the fire and Superior Battery Inc.’s management of the lithium batteries.

This is a developing story. Stay tuned to WJOL for the latest.