Trooper Injured in I-55 Accident 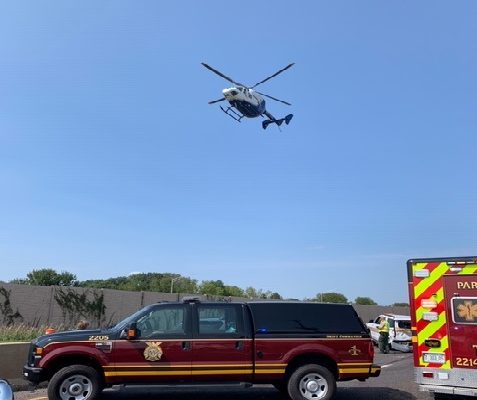 Illinois State Police have shared details regarding an accident that left a Trooper injured. On Sept. 16, at approximately 1:24 p.m., an ISP Trooper was blocking traffic for a commercial motor vehicle stalled ahead in the left lane on Interstate 55 northbound just south of US Route 30 in Will County. The Trooper was seated inside of his squad car with the emergency lights activated, when it was struck by a 2003 white Toyota pickup truck. The third vehicle, a 2016 white Ford Econoline Van, then struck both the pickup truck and the squad car. This impact then caused the squad car to be pushed into the left concrete median barrier before it came to rest in the left lane. The Ford van came to rest in the right ditch. The driver’s side of the squad car was then struck by a forth vehicle, a 2011 Blue Subaru SUV, as it attempted to avoid the crash.

The Trooper sustained serious, but non-life-threatening, injuries and was airlifted by helicopter to a local area hospital. The driver of the Toyota pickup truck and the Ford van were also transported to local area hospitals. The driver of the Toyota pickup truck, Alexis Magallanes, 19-year-old male of Berwyn, Illinois, was cited for a violation of the Move Over (Scott’s) Law, as well as the failure to reduce speed to avoid an accident. 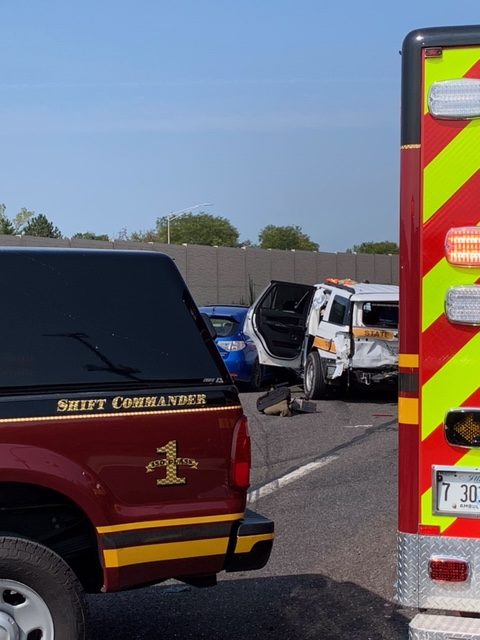 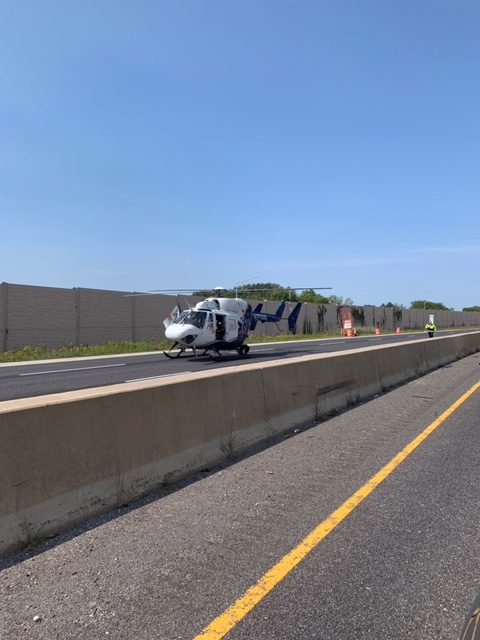