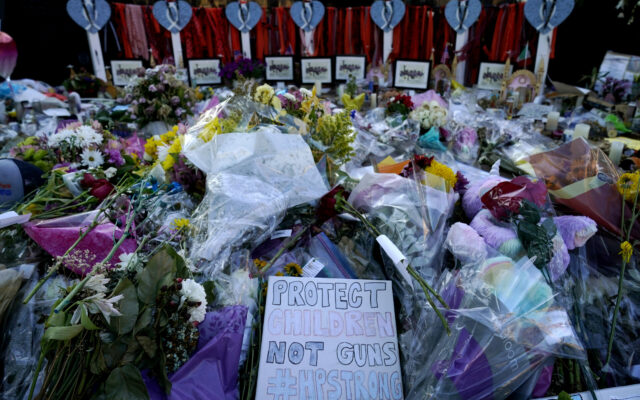 A sign is seen at a memorial to the seven people killed and others injured in Monday's Fourth of July mass shooting at the Highland Park War Memorial, Thursday, July 14, 2022, in Highland Park, Ill. (AP Photo/Nam Y. Huh)

The Illinois State Police is updating a firearm ownership tool aimed at keeping firearms out of the hands of those who pose a significant threat to themselves or to others.  The ISP adopted updates to the administrative rule governing Clear and Present Danger reporting under the FOID Act, which is the mechanism upon which ISP may revoke or deny a FOID for an individual who poses a serious threat.  The updated rule allows for a broader use of Clear and Present Danger reports.  It was proposed in response to the July 4th deadly shooting in Highland Park.