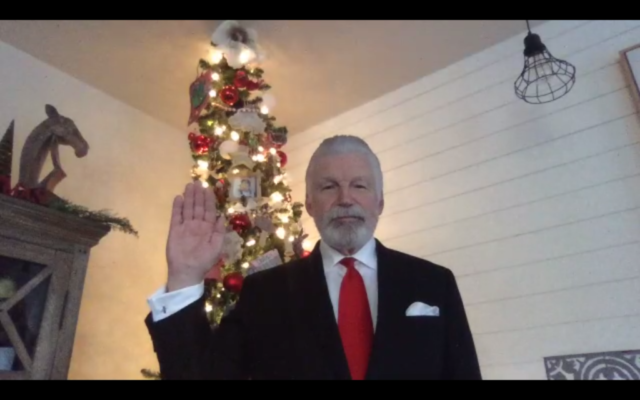 Will County State’s Attorney James Glasgow was sworn in today for his seventh term in office by Chief Judge Daniel Kennedy. Kennedy administered the oath of office to Glasgow in a Zoom swearing-in ceremony in light of precautions being taken during the coronavirus pandemic. Immediately afterward, also via Zoom, the Chief Judge administered the oath to the Office’s 71 assistant state’s attorneys.

This marks Glasgow’s fifth consecutive term. He was first elected as Will County State’s Attorney in 1992, and was re-elected in 1996. After being out of the office for one term beginning in 2000, he returned in 2004 and has served consecutive terms ever since. Among noteworthy cases, Glasgow successfully prosecuted Drew Peterson for the murder of his third wife in a landmark case that attracted international attention. Peterson is serving a 38-year sentence, as well as an additional consecutive 40-year sentence for soliciting the murder for hire of State’s Attorney Glasgow. He also obtained the conviction of Christopher Vaughn in the murders of his wife and three children. Vaughn was sentenced to four consecutive life terms in prison for the murders.