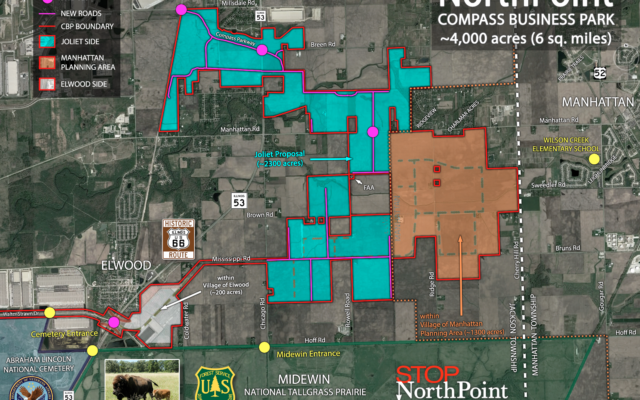 On Tuesday night, the Joliet City Council approved plans for NorthPoint to begin development on their planned 2,000+ acre industrial park. The council voted 7-1 to approve NorthPoint’s plans to start construction on the first 532 acres. Cesar Guerrero was the only member of the council to vote against the project. NorthPoint would like to begin construction in the summer but it’s unknown if they will be able to do that. CenterPoint had filed a lawsuit to try and stop the Tuesday vote from happening but the request for a Temporary Restraining Order was denied. It’s believed that further legal action could be coming against the project but it is unknown when such an action could be filed.