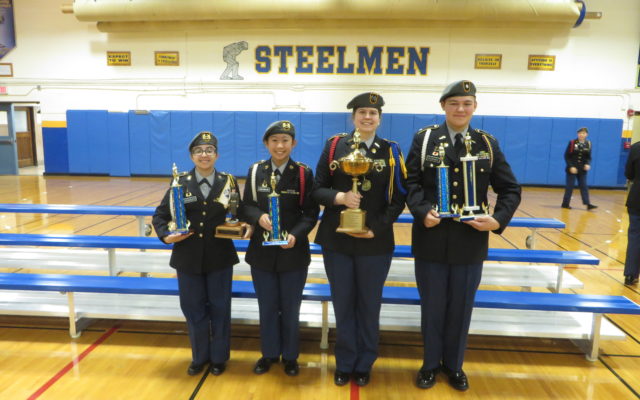 The meet opened with an in-ranks inspection of cadets for both campuses where they are judged on their uniform appearance, grooming, and military knowledge. The competition continued with platoon groups of cadets from each campus marching in both armed and unarmed regulation drill and color guard categories. There is also a junior varsity drill category for first- and second-year students.

This year, each school performed freestyle exhibition drill routines. The meet then moved to what is called knockout, where cadets test their individual drill and ceremony proficiency responding to verbal commands. The last five cadets on the floor receive neck medallions. The meet concluded with an awards ceremony, followed by a pizza party for the cadets of both campuses in the atrium.