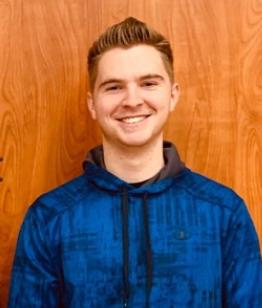 Joliet Central High School senior and band student Noah Riley will perform at the Rialto Square Theatre alongside a host of the area’s most talented musicians on Saturday, February 8, 2020,  at 7 p.m., in “Tim Placher’s Rock ‘N’ Roll Songbook, Plus!”

Riley, band president and first alto saxophonist in the Joliet Central Symphonic Band, was invited to take part in local musician Placher’s celebration of the local music scene, featuring more than 30 players and singers performing iconic songs of the Rock ‘N’ Roll Era, plus several of the locals’ best original songs. Although primarily a sax player, Riley is also a gifted pianist, and will play a cover of Jarrod Radnich’s arrangement of Queen’s “Bohemian Rhapsody.” Click here to see a sneak-peak video of Riley’s performance.

“We’ve been doing collaborative music events for the last several years,” said Placher, “and when I saw video of Noah playing the Queen classic, I knew I had to get him involved! I can’t wait until the Rialto audience sees what he can do!”

Riley is involved in the Joliet Central Symphonic and Jazz Bands, the Baseball Team, the Math Team, the Senior Class Committee and the new student group “Fans of Steel.” He plans to attend Yale University with a major in Economics and Mathematics to hopefully work for a Major League Baseball Front Office someday.

In addition to the many musicians taking part, the family-friendly show also features a 70-voice youth choir, the house organist, local hula hoopers providing fun for kids in the orchestra pit, and local vendors in the rotunda.

Riley said, “It’s definitely not a show you’re going to want to miss. I encourage everyone to see not only myself but all of the other talented local musicians to celebrate one of the greatest musical eras to ever happen on February 8th at 7 p.m.”

Tickets are $20 (children 12-and-under are free) and available at the Rialto box office, Chicago Street Pub, 75 N. Chicago St., Joliet, or on the Rialto website online at https://rialtosquare.com/event/tim-plachers-rock-n-roll-songbook-plus/