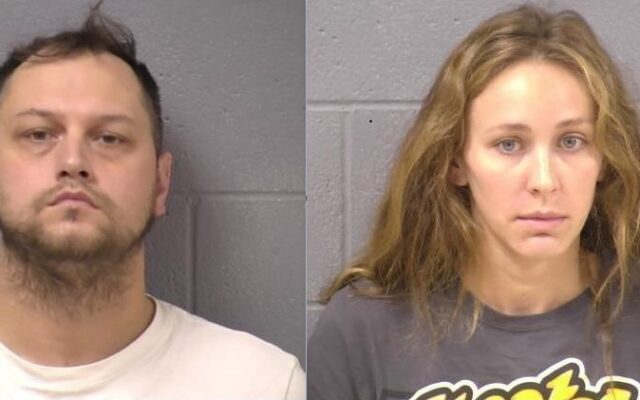 A Joliet couple have been arrested in connection to child pornography charges. It was on December 16th of 2021 that detectives received a cyber-tip from the Illinois Internet Crimes Against Children Task Force. Once Sheriff’s detectives received the information, they began a thorough investigation involving 33-year-old Justin Russell and 27-year-old Lauren Russell sharing and uploading multiple images and videos of child pornography.  Detectives secured a search warrant  executed the warrant at the Russell residence the next day.  Electronic devices and additional evidence was seized for forensic examination.  The Russell’s were at the residence at the time the warrant was served.  They both refused to speak with detectives and exercised their rights to an attorney. They have both been charged with three counts of child pornography. Each defendant has a $5 million bond.