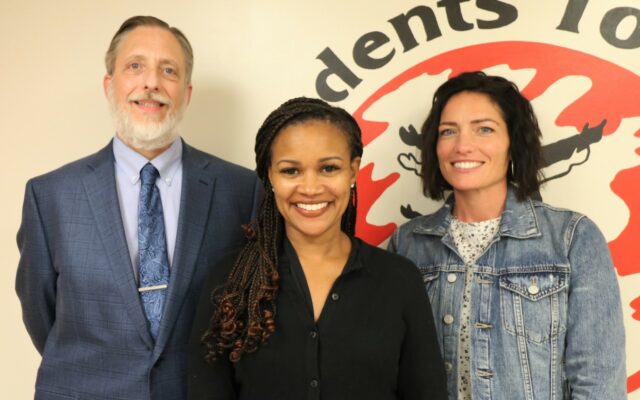 Three veteran educators are moving into top administrator roles within Joliet Public Schools District 86. John Armstrong, Dr. Tanisha Cannon, and Eleise Medina were recently promoted to take on new responsibilities in the fourth largest elementary school district in the state of Illinois. John Armstrong, formerly the Director of Technology for the past 11 years, assumed his new role of Chief Officer for Technology and Innovation on July 1st. Mr. Armstrong is entering his 34th year in education; 28 years serving District 86.

District 86 welcomes back Dr. Tanisha Cannon in the new position of Chief Equity Officer. She had previously worked in District 86 as Deputy Superintendent and the Assistant Superintendent of Equity and Student Services. Dr. Cannon recently received a Certified Diversity Professional credential from the Institute for Diversity Certification.

In addition, Eleise Medina is the new principal at Isaac Singleton Elementary School. Mrs. Medina joined Joliet District 86 in 2013 as a bilingual special education teacher and then promoted to a student services coordinator. For the last three years, she has been an assistant principal, most recently at Washington Junior High School.