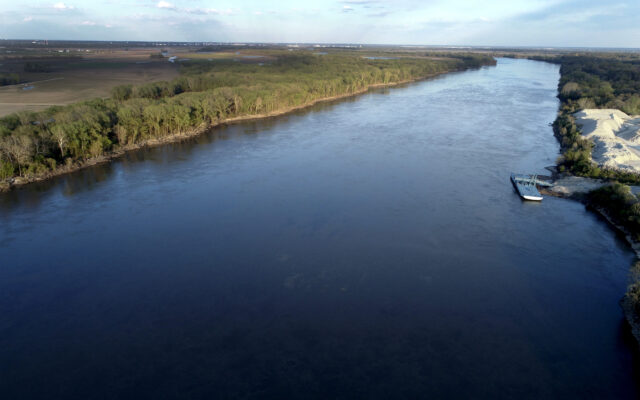 The Missouri River flows a few miles upstream from its confluence with the Mississippi River Tuesday, April 14, 2020, in Florissant, Mo. The upper Mississippi River in Minnesota, Wisconsin, Iowa, Illinois and Missouri followed by the lower Missouri River in Kansas, Nebraska, Iowa and Missouri were cited as the most endangered waterways according to a report released Tuesday by the conservation organization American Rivers. In its annual listing the organization cited increasingly severe flooding driven by climate change on both the Mississippi and Missouri rivers as its reason for placing the waterways at the top of the list. (AP Photo/Jeff Roberson)

Allison Swisher, director of Public Utilities stopped by The Afternoon Rush to talk about the Wyland National Mayor’s Challenge for Water Conservation.