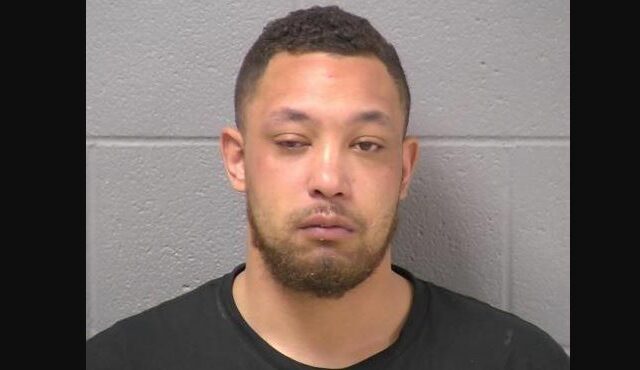 Police arrested a 26-year-old Joliet man early Sunday morning after allegedly assaulting his girlfriend. Thomas Botts has been arrested and charged with Domestic Battery, Resisting/Obstructing a Peace Officer, Aggravated Assault, Criminal Trespass to Real Property, and Obstructing Justice. It was Sunday morning at 1:38 am that Joliet Police were called to the Super 8 Motel at 3401 Mall Loop Drive for a domestic disturbance. The investigation showed that Botts had battered his girlfriend and motel staff said they saw Botts yelling at the victim after the staff received a complaint of a disturbance. Police were able to talk to the victim and stated that she had numerous visible injuries all over her body. It was determined by authorities that Botts had battered the victim two days prior.

Botts returned to the room while Officers were speaking to the victim and attempted to push past an Officer to enter the room. Botts then fled from the scene, running through the hallway. Police caught Botts and placed him into custody after a brief struggle. Botts was transported to the Joliet Police Department where he refused to cooperate with the booking process. Botts was then taken to the Will County Adult Detention Facility.