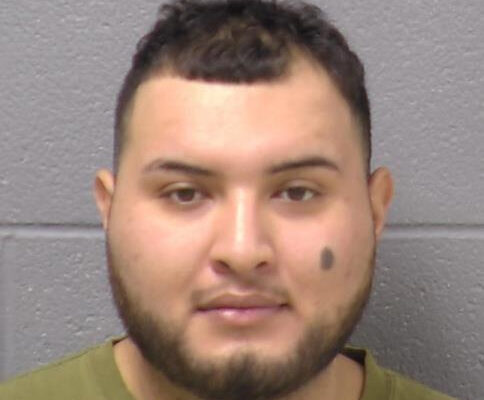 A 23-year-old Joliet man was arrested on Sunday morning after a reported incident of domestic violence. It was at 9:33 am that Joliet Police were called to the 600 block of Richards Street for a disturbance. Shortly after arriving officers determined that Jose Cabrera had struck his girlfriend on the head during an argument. He’s also accused of pulling the victim’s hair and grabbing the phone away from her, while on the phone with 911. The victim was eventually able to flee from Cabrera and get to safety.

Cabrera had locked himself in a bedroom as police arrived but he surrendered a short time later without further incident. He was transported to Silver Cross Hospital due to his level of intoxication. The next day he was released and taken to the Will County jail.

Jose Cabrera has been charged with Domestic Battery, Interfering with the Reporting of Domestic Violence and Obstructing a Peace Officer.