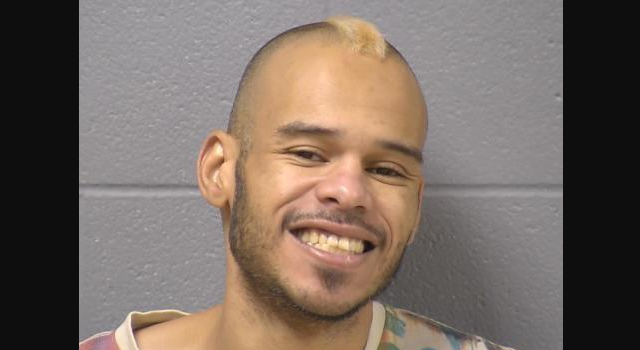 A 36-year-old Joliet man was arrested over the weekend after he attacked a Joliet Police Officer and threatened to kill another while JPD were responding to a disturbance in the Maycrest Neighborhood. Brian Hayes-Adams has been charged with Aggravated Battery to a Peace Officer after Friday night’s incident.

It was around 8:00 pm on Friday when Joliet Police were called to the 2300 block of Benedict Avenue. Reports say that Hayes-Adams was arguing with a woman when police arrived and tried to break them up. Hayes-Adams became angry and started threatening officers, eventually pushing one. He then refused to allow officers to cuff his arms behind his back and after a brief struggle Hayes-Adams was taken into custody.