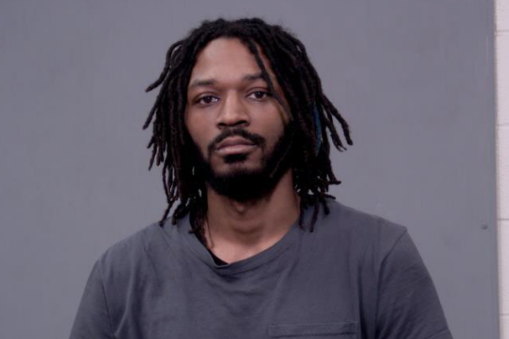 A 33-year-old Joliet man has been arrested after a run in with police at Harrah’s Casino Joliet. Rashad Owens has been charged with Domestic Battery, Unlawful  Possession of a Weapon by Felon, Unlawful Possession of Ammunition, Defacing Identification on a Firearm, No FOID, and a DuPage County Arrest Warrant.

On Wednesday night just before 11:00 pm Joliet Police were called to a house in the 300 block of South Des Plaines Street for a domestic disturbance. An investigation showed that Owens had struck his girlfriend multiple times during an argument including hitting her with a bag full of items. He then fled the area.

A short time later, Officers located Owens in the parking deck of Harrah’s Casino (151 North Joliet Street) and he was taken into custody without incident. A search of Owens led to the discovery of live ammunition in his pocket.

Then at 4:00am on Thursday morning, Officers were called back to Harrah’s Casino after casino security located a .38 caliber firearm in the parking deck. Surveillance footage showed Owens hiding the handgun just before meeting with officers.

The ammunition that he had been previously arrested with also matched the caliber of the handgun. The handgun’s serial number appeared to be defaced. Officers recovered the handgun and additional weapons charges were applied for Owens.