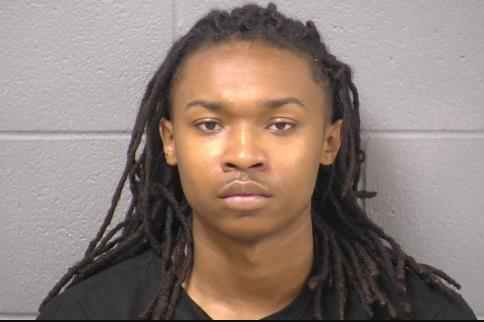 A 21-year-old Joliet man has been charged in connection to a murder from 2019. Omar Turner was taken into custody on Monday afternoon at his residence in the 400 block of Jesse Street by members of the United States Marshals Service following a brief foot pursuit. On March 25th, 2019 the Joliet Police Department was called to Ada Street and Cutter Avenue after receiving reports of gunshots heard in the neighborhood. Shortly after arriving Police discovered Dimitri Allen, in the yard of a residence in the 1100 block of Cutter Avenue. Allen sustained a gunshot wound to the chest and was transported to the Silver Cross Hospital where he was later pronounced dead.

Joliet Police Department Detectives identified Turner as a suspect in this case and stated that Turner is suspected of shooting Allen during an attempted robbery. Omar Turner has been charged with four counts of first degree murder.  A Will County Judge set a bond in the amount of $5 million.