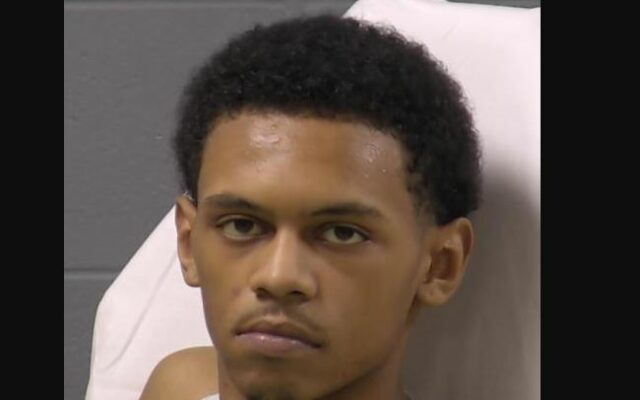 An 18-year-old Joliet man has been arrested in connection with a shooting back from September. Darrell Harris Jr. was already in police custody when he was charged with the incident. It was on September 25th, at 5:03 pm, Joliet Police were called to the 500 block of West Bellarmine Drive after receiving multiple calls reporting the sound of gunfire. Shortly after arriving, officers located a six-year-old male who had suffered a non-life-threatening gunshot wound to the arm. The juvenile was transported to Ascension St Joseph Medical Center, treated and later released. Officers completed an extensive search for information regarding, and located multiple residences and vehicles struck  by gunfire.

While on scene, Officers learned that a white Kia sedan had been identified as a suspect vehicle in the shooting.  Officers saw the car in the area of North Scott Street and East Clay Street and attempted to make a traffic stop on the vehicle. The vehicle refused to stop and a pursuit ensued. The Kia ultimately crashed in the 300 block of Mills Road. Five suspects were inside the vehicle with one being Darrell Harris Jr. All five suspects were taken into custody. Officers recovered a rifle and  handgun from the vehicle.