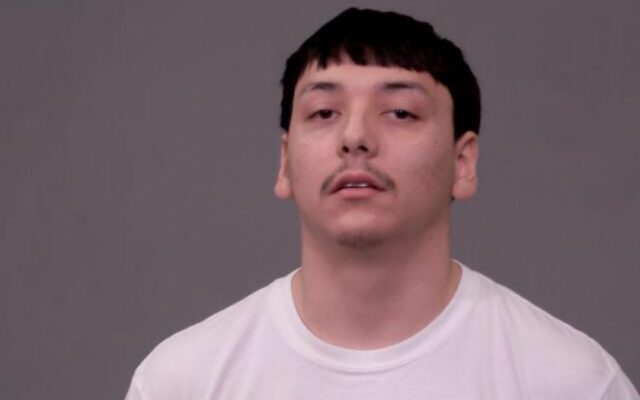 WJOL News has learned that a 22-year-old Joliet man has been charged with Aggravated Cruelty to Animals after an incident involving a dead dog inside his apartment. It was on Monday afternoon, at 2:52 pm, that Joliet Police were called to the 100 block of Clement Street for a reported disturbance involving a dog in an upstairs apartment. Officers learned that a dog had been overheard in extreme distress as well as a male screaming at the dog coming from the upstairs unit.

Officers made contact with the tenant, 22-year-old Sebastian Trujillo, who informed officers that one of his Huskies had just died.  Joliet Police believe that Trujillo had used a thin leash with a noose-like collar to drag the dog across the floor of the apartment to place her in a cage at which time the dog’s body fell limp and passed away. Officers located the deceased dog in the bathroom of the apartment.

Trujillo was placed into custody without incident. Both the deceased dog and an additional husky breed dog that was still alive were removed from the apartment by Joliet Township Animal Control.