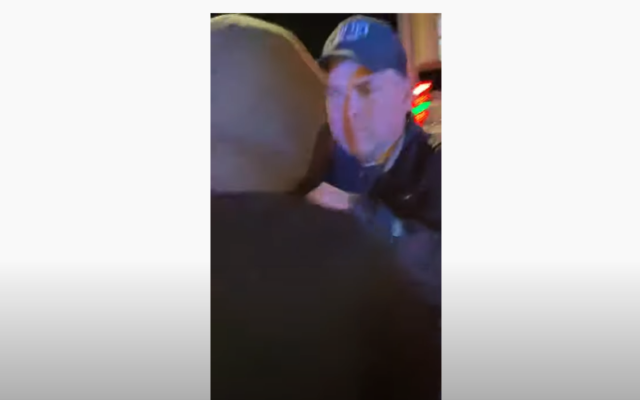 The State’s Attorney’s Office has reviewed the investigative reports and two independent videos regarding the June 1 incident involving Joliet Mayor Bob O’Dekirk and the arrests of two individuals in Joliet. No final charging decision can be made until a full and independent investigation is completed. The Office of the State’s Attorney has requested further investigation by an independent third party agency to ensure as in all cases that the interests of justice and fairness are served. The Joliet Police Department agrees and is requesting that the Illinois State Police conduct the investigation to avoid any potential conflicts of interest and ensure a completely transparent process. As our Nation works to mend in the aftermath of George Floyd’s tragic murder, the State’s Attorney’s Office is committed to guaranteeing justice and absolute integrity in its review of this and all matters.

WJOL has obtained a video that shows Joliet Mayor Bob O’Dekirk physically confront an individual during the civil unrest on Sunday night. WJOL has received the following statement from the mayor.

“On Sunday afternoon, I had a great discussion with peaceful protesters who are justifiably angry about the death of George Floyd and were looking to participate in building a better understanding between minority members of the Joliet community and local government.

We were all working toward a common goal.

On Sunday night, after the peaceful protesters had made their views known and gone home, the looters, vandals and arsonists came out in force to disgrace themselves, their families and our community.

As a former Joliet Police officer and as the Mayor of Joliet sworn to uphold the laws our state and city, I was on the front lines with our police officers urging anyone disturbing the peace or engaging in criminal activity to go home. The general response was a cascade of verbal abuse followed by rock, bottles, bricks, fireworks and punches being thrown at police officers attempting to protect the peaceful citizens of Joliet.

I was confronted by a rioter, then attacked. Using standard police tactics to immobilize the attacker by separating him from the crowd and walking him backwards toward police officers, I was jumped from behind by a second attacker. They were arrested – unharmed – and are subject to a bond hearing and criminal trial. Unlike many Joliet first responders protecting Joliet that night, I was lucky enough to walk away with just a few bruises.

As Mayor of Joliet, I am calling on all of our citizens to stand together. We all should defend theright to protest. We all should condemn the violence that is engulfing our nation and state. And we should all do our part to promote the defense of our families, our homes, our local businesses, our community, and our mutual values as Americans.”