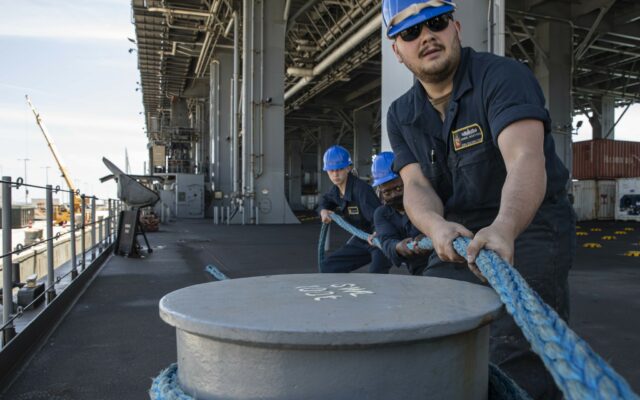 With more than 90 percent of all trade traveling by sea, and 95 percent of the world’s international phone and internet traffic carried through fiber optic cables lying on the ocean floor, Navy officials continue to emphasize that the prosperity and security of the United States is directly linked to a strong and ready Navy. Joliet native part of that team on the high seas.