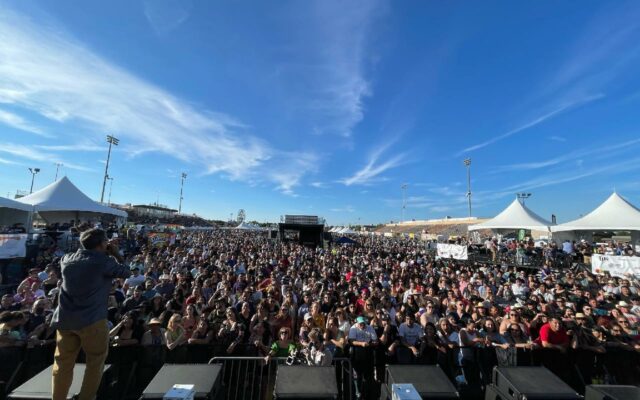 Despite the cancelation of a big rock act on Friday night and rain most of Saturday the Taste of Joliet was enjoyed by thousands. Over the three day weekend from June 24 -26, the Joliet Park District event saw more than 46,000 people attended the Taste. That number would be higher considering kids get in free.

On Friday, more than 13-thousand people attended the rock night despite Ann Wilson from Heart having to cancel as her band members had COVID. Solid acts included, Sugar Ray, Collective Soul and 7tn Heaven.

Saturday’s country night, despite the rain during the day, did not dampen attendance as there was a window of dry weather in the evening. More than 20,500 attended the festival to see Brett Young, Jimmie Allen, Matt Stell and Maddie & Tae.