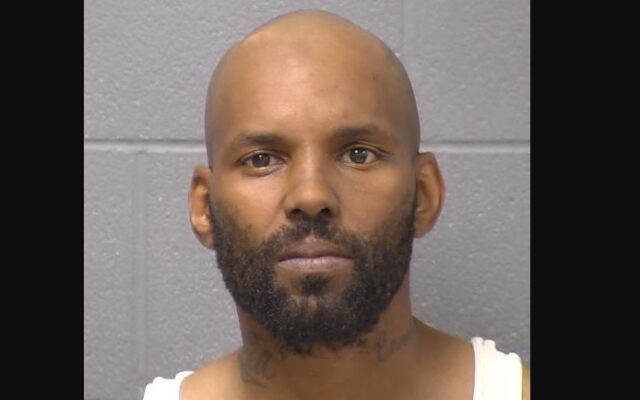 A 38-year-old Matteson man was arrested after he allegedly tried to flee from police after they tried to question him. Anthony Van Winkle has been charged with Fleeing and Eluding a Peace Officer, Resisting/Obstructing a Peace Officer, and Obstructing Justice. Just after 1:00 am on Sunday, Joliet Police officers on a routine patrol noticed an occupied vehicle parked within Pilcher Park without lights after the park had closed. Officers approached the car and requested that the driver, Van Winkle, lower the window. He refused and then sped off from the police, who pursued Van Winkle out of the park and onto Highland Park Drive, where the pursuit was terminated.

Two hours later, officers spotted Van Winkle in his vehicle, again in Pilcher Park. He again attempted to flee after refusing to exit his vehicle but could not get around the squad car blocking him into his parking space. Similarly, Van Winkle refused to exit his vehicle, and officers broke the passenger side window to remove Van Winkle from the car but were unsuccessful. Ultimately a taser was deployed, and he was placed into custody.

Van Winkle was transported to the Joliet Police Department, where he refused to cooperate with booking procedures. He was then taken to the Will County Adult Detention Facility.