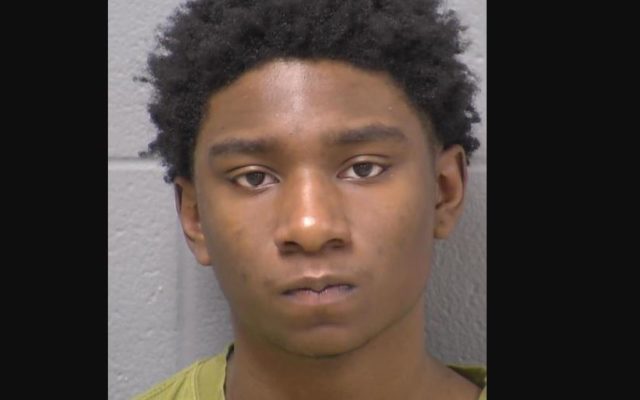 An 18-year-old Joliet man has been arrested after a late night interaction with police. On Monday March 2nd at approximately 10:02pm, Officers observed several subjects in the 300 block of Henderson Avenue. One of the subjects, Cortez West, had a hood over his head and was wearing a ski mask which was unusual due to the mild weather. As Officers were speaking to West, he kept placing his hands in his hoodie even though Officers repeatedly told him to keep his hands out of his pockets.

As Officer went to pat down West to see if he had any weapons, West took off running from the Officers. During the foot pursuit, a firearm fell out of West’s pocket. After a short foot pursuit, West was taken into custody. A loaded firearm that fell out of West’s pocket was recovered. West was transported to the Joliet Police Station on charges of Aggravated Unlawful Use of a Weapon, Unlawful Possession of Ammunition, Defacing a Firearm, No FOID, and Obstructing a Peace Officer.